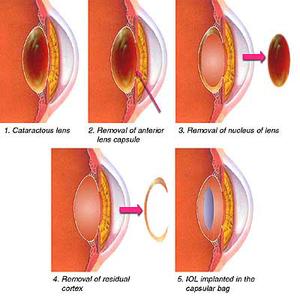 Artificial intraocular lenses, or IOLs, replace the eye’s natural lens that is removed during cataract surgery. IOLs have been around since the mid-1960s, though the first FDA approval for one occurred in 1981. Before that, if you had cataracts removed, you had to wear very thick eyeglasses or special contact lenses in order to see afterward, since the natural lens that had been removed wasn’t replaced with an artificial one.

Until recently, only cataract surgeons — not their patients — weighed the risks and benefits of various IOLs. The surgeons’ discussions focused on the surgical technique (clear cornea, small incision, etc.) and the physical design of the lenses (one-piece vs. multi-piece, acrylic vs. silicone) and how that design affected insertion, positioning and healing.

Good vision after cataract surgery was another important consideration. But now that new IOLs have been introduced that solve more vision problems than ever, cataract surgeons have more to consider before choosing IOLs for their patients’ visual needs. Cataract patients are becoming more involved in the choice as well.

If you or someone you know will be undergoing cataract surgery, consider your choices in the following summary of the most recently developed IOLs.

Traditional IOLs are monofocal, meaning they offer vision at one distance only (far, intermediate or near). They definitely are an improvement over the cataractous lens that is replaced during surgery, which provides only cloudy, blurred vision at any distance. But traditional IOLs mean that you must wear eyeglasses or contact lenses in order to read, use a computer or view objects at arm’s length.

The new multifocal and accommodating IOLs such as Crystalens offer the possibility of seeing well at more than one distance, without glasses or contacts. Examples of multifocal IOLs are different versions of Alcon’s AcrySof IQ ReSTOR.

Presbyopia-correcting IOLs are considered “premium” lenses, which means that you must pay any associated extra cataract surgery costs yourself. Medicare and most health care plans will not cover these extra costs,because the additional benefits of these IOLs are considered a luxury and not a medical necessity.

Toric IOLs designed to correct astigmatism also are considered “premium” lenses, and — like multifocal and accommodating IOLs — likely will cost you extra because of benefits that are unavailable in conventional IOLs.

The FDA approved the AcrySof IQ Toric IOL (Alcon) in September 2005. Different models of this toric IOL can correct 1.50 to 3.00 D of astigmatism. This lens also is available in aspheric versions for crisper vision. Different models also can filter potentially damaging UV or blue light.

Most surgeons who treat astigmatism in their cataract patients tend to use astigmatic keratotomy (AK) or limbal relaxing incisions, which involve making incisions in the cornea.

But in addition to or even instead of corneal astigmatism, some people may have lenticular astigmatism, caused by irregularity in the shape of the natural lens inside the eye. This can be corrected with a toric IOL. Risks include poor vision due to the lens rotating out of position, with the possibility of further surgery to reposition or replace the IOL.

If your cataract surgery involves both eyes, you might consider monovision. This involves implanting an IOL in one eye that provides near vision and an IOL in the other eye that provides distance vision. Usually people can adjust to this. But if you can’t, your vision may be blurred at both near and far. Another problem is that depth perception may decrease because there is less binocular vision — meaning, your eyes aren’t working together as they once did.

People who do best with this method already are accustomed to monovision with contact lenses, which is a common way of correcting presbyopia. If you can’t adjust to monovision after your cataract surgery, you may wish you had tried a multifocal or accommodating IOL instead. Some surgeons will trial-fit a cataract patient in monovision contact lenses prior to inserting monovision IOLs.

Mixing multifocal lenses is another method of achieving a type of modified or “blended” monovision by using one type of IOL that emphasizes distance vision and another that emphasizes intermediate vision. 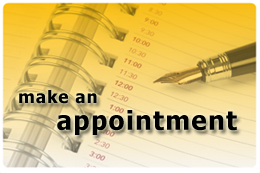 We specialize in the diagnosis and treatment of vision disorders utilizing state-of-the-art equipment and advanced eye care practices. The doctors and staff at Specialty Eye Care strive to offer our patients the highest quality vision care and service.